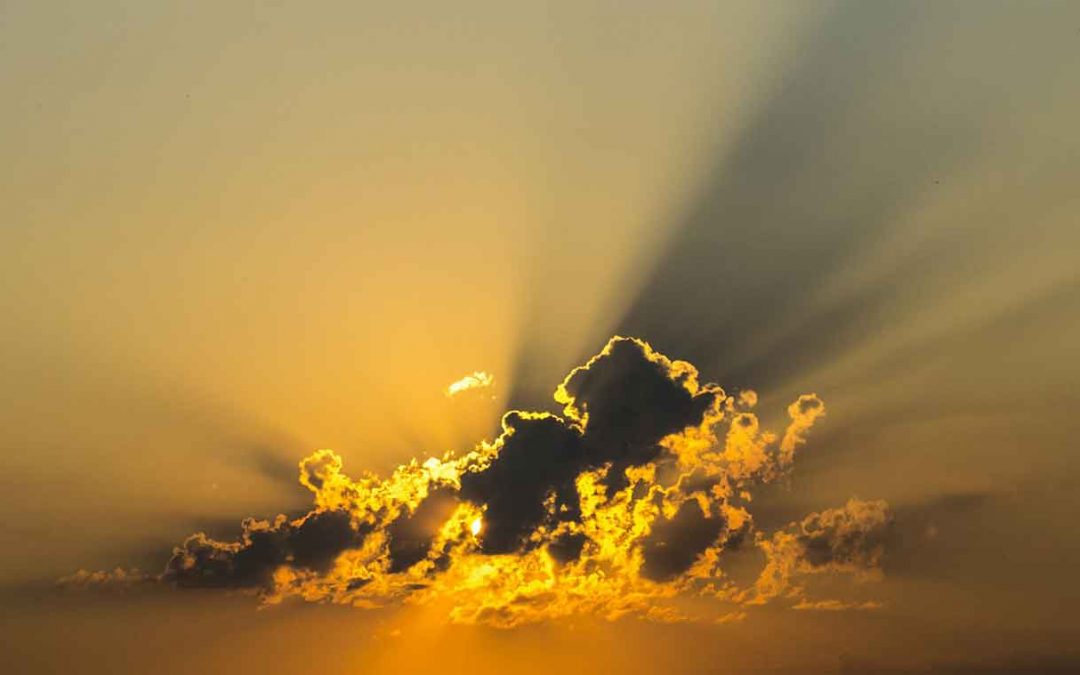 Rapture comes from a vision (private revelation) not history or the Bible. In the spring of 1830, Margaret began having visions of Jesus catching-up in the air a select group of believers before the time of the anti-Christ. These visions marked the first time in Christian History that anyone ever split the Second Coming into two separate stages. Soon the McDonald’s Presbyterian Minister began to strongly preach against them. In time, the McDonalds were disassociated from their Church. 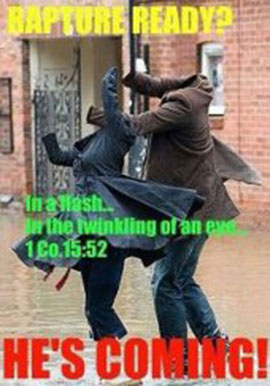 Why do people believe in rapture when it was not believed in the Church before 1830 and did not come from the Bible, but came from private revelation?

In 1828, in Port Glasgow, Scotland four of the five McDonald brothers and sisters experienced Christian conversion and accepted Jesus as their personal Savior. The McDonald household then became the setting for evenings filled with Bible study and prayer. Using no other books but the Bible and their own limited knowledge of end times, a teaching on Christ’s expected Millennial Coming and Reign soon emerged. For six agonizing months, the only family holdout was Margaret McDonald, a 15-year-old girl.

Then she experienced conversion. In the spring of 1830, Margaret began having visions of Jesus catching up in the air a select group of believers before the time of the anti-Christ. These visions marked the first time in Christian History that anyone ever split the Second Coming into two separate stages. Soon the McDonald’s Presbyterian Minister began to strongly preach against them. In time, the McDonalds were disassociated from their Church.

Another element in creating The rapture and tribulation into a new doctrine involved the Rev. Edward Irving in London, England. A powerful preacher and a licensed Presbyterian minister, 1815, was strongly influenced by the 1,260 day/year theory. In 1826 he adopted the theory, that a corrupt Roman Catholic Priesthood would be the future anti-Christ. In 1828 he concluded the end time would witness an outpouring of the Gifts of the Holy Spirit. Soon tongues and end time prophesying were heard regularly in his London Church. Thus, he became the father of modern day Pentecostalism.

In 1830 he sent a group of observers to meet Margaret McDonald. In the September, 1830 issue of the Morning Watch, her distinctive teachings were set forth as accepted prophecy. By 1832, these and other teachings led to his dismissal from the Presbyterian Church. He then founded the Catholic Apostolic Church, in London. His followers were called Irvingites. The Irvingite Church preached as doctrine, a distinction between the ‘Epiphany’ (now known as rapture) and the parousia’ (second coming after the tribulation).

The next element was a man named John Darby, an Anglican Clergyman who left that Church to found the Plymouth Brethren in about 1828-1830 AD. Ordained for the Anglican Church in Ireland in 1825, he soon left the priesthood. Between 1828 to 838 he helped the Brethren movement grow in the United Kingdom. Among the doctrines taught was non­denominationalism.

Hearing of the new visions and the new teachings proposed by Margaret McDonald, he journeyed to Scotland to listen to her. Then he began to preach, as his own, her new end time teachings. In 1850, he claimed that he discovered these teachings while studying 1 Thessalonians 4:16-17; in 1830. The teaching literally leaped at him from the Bible text.

The Plymouth Brethren adopted this new teaching on the end time as true prophecy. Many of the distinctive teachings of The Brethren, such as Dispensationalism, Pre­Millennialism and Creationism, have been adopted by modern fundamentalism. One of The Brethren’s most disruptive stances has also been adopted by modem fundamentalism. This is, to actively seek converts from the established Catholic, Orthodox & Protestant Churches.

As originally proposed by The Brethren, The Rapture, Tribulation & Millennium events are as follows. The ‘Epiphany’ (Rapture) can be expected at any moment and may be in secret. All true Christian believers, living and dead, will be carried to Heaven. Then the judgments of God, as foretold in Revelations, will fall upon the earth. During this time the anti-Christ will reign and be overthrown. A faithful Jewish remnant will witness to Christ during the Tribulation. Then Jesus will come in Glory (Second Coming) and take possession of the earth for 1,000 years and make Jerusalem His capital. The martyred tribulation saints will rise and go to heaven. The faithful Jewish remnant will live on earth with Jesus. The Millennium will end in a Great Rebellion led by Satan. Jesus will defeat His enemies and the wicked will be judged. The Old Testament saints, The raptured saints and those martyred during the tribulation will then descend from heaven to reign forever on the new earth. Though little changed in its basic outline by later fundamentalism. The scenario of events has become more dramatic and detailed as the 20th Century has progressed. With the discovery of Nuclear War, the interpretations were greatly enhanced.

Both friend and foe admit that the rapture and tribulation is a new teaching, and not a rediscovery of an old Doctrine. In 1834 AD, John Darby wrote: “We must pursue it (New End-Time Teaching) steadily; it works like leaven, and its fruit is by no means seen yet; I do not mean leaven as ill, but the thoughts are new, and people ‘s minds work on them, and all the old habits are against their feelings… “In 1983 AD, in ‘The Rapture’ Hal Lindsey states: “The one authority is the Word of God, and we are not confined by the straight jacket of tradition.” He claims that this stance has permitted the believer to interpret the Bible anew, and then he quotes the visions of Margaret McDonald as his prophetic authority! Then he argues (though not convincingly) for some connection to the teachings of the early Fathers, whose TRADITION testimony he has already flatly rejected. One thing is clear! The doctrine of the rapture and tribulation is an entirely new and modern teaching!

How did this system of dispensations get from Darby to Hal Lindsey and the present day? Darvey had a friend by the name of Schofield. Schofield, who was a lawyer, came up with a Bible and used Darvey’s notes. It was called then and now the Schofield Bible. Prior to this Catholics had notes in there Bibles but not Protestant because it would have been considered scandalous to put mans words with Gods word. The Schofield Bible became the hottest selling Bible among Protestants. This system of dispensations did not exist prior to 1830.

So what happened is a guy, John Alexander Campbell, studied this and the Bible teaches that you convert and you get Baptized, and you have to have communion, and you have one Church. So he started the one Church called the Church of Christ (fundamentalist). And then the Church of Christ got to fighting on whether you could have musical instruments in the Church. The other Church that came out of this is the Disciples of Christ called “Christian Church.”

“The Rapture” Is Not in the Bible.

In fact, if anyone’s getting beamed up, it’s not the good guys.

Question: A friend of mine has been reading the Left Behind books that have all of this stuff about the “Rapture” in them. Is there really going to be a “Rapture” like these books talk about?

Answer: No. The “Rapture” refers to a passage in First Thessalonians 4, where Christians are “caught up” in the clouds to meet the Lord in the air.” Many Christians believe, and the Left Behind books promote, that this being “caught up” to meet the Lord will occur before the Great Tribulation sometime in the near future. Christians will simply vanish, meet Jesus somewhere in the air, and then return with Him too Heaven to await the end of time.

But notice, in verse 15, Paul says that “…we who are alive, who are left,” shall be caught up. This is a very important point to stress to rapture enthusiasts. Those who are “left” get caught up to meet the Lord. Keep that in mind as we look at these next couple of Scripture passages.

“One is taken, one is left” — the Rapture right? Jesus takes the Christians and leaves behind non-Christians!

That’s how rapture enthusiasts interpret these passages. Well, you need to say to them: “Not so fast, folks.” Two problems with the Protestant “Left Behind” interpretation: First, in the passages from Luke 17 and Matthew 24, Jesus’ coming is compared to the days of Noah and the days of Lot. Let’s think about that for a moment. After the flood, who was left? Noah and his family — the good guys. The bad guys were taken and the good guys were left behind! After Sodom and Gomorrah went up in smoke, who was left? Lot and his daughters — the good guys.

And, if you need further proof of that, there’s a passage in Matthew 13 that pretty much seals the deal. Matthew 13:39-43, “…and the enemy who sowed them [the bad seed] is the devil; the harvest is the close of the age, and the reapers are angels. Just as the weeds are gathered and burned with fire, so will it be at the close of the age. The Son of man will send His angels and they will gather out of His kingdom all causes of sin and all evildoers, and throw them into the furnace of fire; there men will weep and gnash their teeth. Then the righteous will shine like the sun in the kingdom of their Father.”

So when Scripture says that “one is taken and one is left,” as it does in Luke 17 and Matthew 24, it is not talking about the Rapture, it is talking about the harvest at the close of the age. The ones who are taken, as it says in Matthew 13, are the evildoers. The angels have taken them and tossed them into the furnace of fire. So, the Left Behind books got it exactly 180 degrees wrong.

The ones taken are not the good guys, they are the evildoers.

The ones who are left behind are the ones who get to be caught up in the clouds to meet Jesus in the air at His Second Coming, when He will bring all of the angels and saints with Him and there will be a new Heaven and a new earth.

John Martignoni is a nationally-known Catholic apologist and Bible scholar. He is the Founder and President of the Bible Christian Society, where you can find lots of free apologetics materials — CD’s, mp3 downloads, e-newsletters, and more, and host of EWTN’s “Open Line” airing on Mondays at 3 p.m. EST. He is also Director of the Office of the New Evangelization in the Diocese of Birmingham, Alabama.

What is the catholic answer to the protestant claim for rapture? https://answers.yahoo.com/question/index?qid=20071120180408AAQ6lhr

How to Read the ‘Rapture’ Verses https://www.catholic.com/magazine/online-edition/how-to-read-the-rapture-verses?mc_cid=258609d0a3&mc_eid=fed279ed6c#.W1XWuQ36MIc.facebook